The Indirect Influences Of Social Media Marketing That Many People Overlook 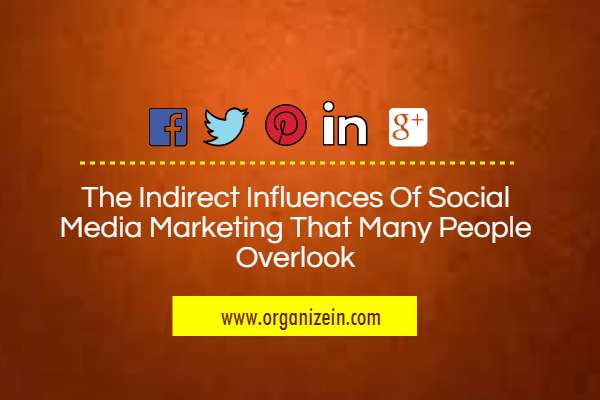 Do you think that interactions and promotional activities on social media have a great influence on the buying behaviour of consumers? Well, not exactly so.

Naturally, this has given rise to a debate about the effectiveness of social media marketing, and whether companies should pay attention to it at all. At one glance, the survey results suggest that social media has lost its sheen and its future looks troubled. However, there are many more aspects to this debate which need careful consideration.

While those surveyed said that they do not base their purchasing decisions on social media marketing, they did not say that they do not look at social media at all. While taking decisions in an objective manner before purchasing a product, they would be looking at several product advertisements while browsing through social media. What they have concluded is that while making the decisions, they might be weighing their options carefully. However, they would have gotten exposed to the options through social media itself. Thus, while social media marketing might not influence them to make spontaneous buying decisions, we cannot deny the fact it has an indirect influence on the buyers.

Most consumers do not like to say that they have been positively targeted by marketers in any way. Thus, the survey results might be misleading. It might be a conscious denial on the part of those surveyed when they say that they have not been influenced by social media marketing.

Search engines consider social media activity as a ranking signal for websites. Thus, any type of interaction on social media networks is likely to boost up the rankings of the company in search engine results. This in turn is going to have a positive effect on traffic and lead generation for companies.so,even if social media marketing does not influence the customers directly, it does have an indirect effect on sales.

In general, social media marketers cannot bring their efforts to a halt based on the results of just one survey. If they do so, they would be doing injustice to the tribe of customers that get influenced by it. Hence, they should continue their efforts and grow their influence on the consumers.