Is SEO affected by Social Media? 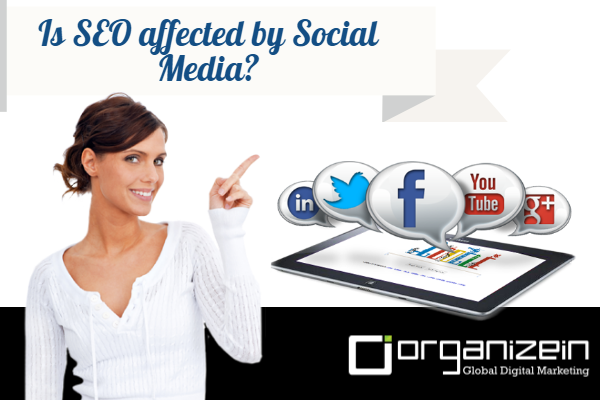 Social Media platform has extended the work zone of SEO and has forced the mainstream agencies to employ all their tools into making the most of it. Recently, every business has begun using the popular social Medias for not just gaining likes or comments but converting them to productive attractions for visitors. But the head of Google’s Web Spam, Matt Cutts dropped a bomb on the SEO agencies by stating that the social platforms are “not” the considering factors when you talk about the ranking process leaving the virtual marketers speculating the importance of social media marketing.

Numerous marketers who worship Google and its policies may drop the plan of ignoring this latest announcement but there are various agencies who find SMM hard to overlook, given the results it have managed to produce. Some critics feel that this is just a clever strategy of Google to direct people’s focus towards their own creation, Google+.

The hard-to-believe announcement was followed by Cutts explanation, wherein he asserted the influence of quality content, saying that the pages that managed to rank well (also popular on Twitter and Facebook and highly linked) was because they possessed a good content, neglecting the role of social media likes or linking in upgrading the website’s performance in SERPs.

What does Bing have to say about this?

Bing, unlike Google, does have the social media buzz as one of the determinants of lending a higher organic ranking, as stated clearly in Bing’s webmaster guidelines. Bing pays attention to the “influential factor” and thus admits that social platform is not a worthless undertaking in terms of SEO.

Admitting the importance, Duane Forrester, Senior Manager has, however, pressed the fact that the marketers should not rely entirely and centralize their SEO strategy on Social Media. He also confirmed that the search engine values quality customer relationships and does take these influences in account, emphasizing that an organized SMM can prove to be the best and most lucrative decisions of a small firm.

Perplexing the marketers terribly, John Mueller from Google Webmaster tool said that the search giant was uprooting the authorship photos functionality from its system.

The marketers are still in state of loss when it comes to the whole SMM chapter being a downside because there is a huge number that can vote against Cutts announcement. The new ones in business may consider the changes and evaluate the do’s and don’ts of SEO campaign but it is only clever to experiment and see the results.

How should “You” take this

The varied preferences of the search engines make SMM an unsolved puzzle but no one can deny that social platforms are a big yes when it comes to building the brand’s image and converting the visitors to leads.

If social media, as of now, does not aid your ranking in SERP; it does a commendable job indirectly through click-through-rates.

The rules and practices of Virtual Marketing are ever-changing and so the businesses need to assess the tactics that work the best for them and craft the SEO blueprint accordingly. To know more visit our website www.organizein.com